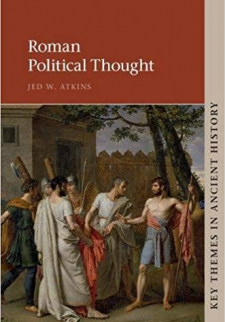 What can the Romans teach us about politics? This thematic introduction to Roman political thought shows how the Roman world developed political ideas of lasting significance, from the consequential constitutional notions of the separation of powers, political legitimacy, and individual rights to key concepts in international relations, such as imperialism, just war theory, and cosmopolitanism. Jed W. Atkins relates these and many other important ideas to Roman republicanism, traces their evolution across all major periods of Roman history, and describes Christianity's important contributions to their development. Using the politics and political thought of the United States as a case study, he argues that the relevance of Roman political thought for modern liberal democracies lies in the profound mixture of ideas both familiar and foreign to us that shape and enliven Roman republicanism. Accessible to students and non-specialists, this book provides an invaluable guide to Roman political thought and its enduring legacies.