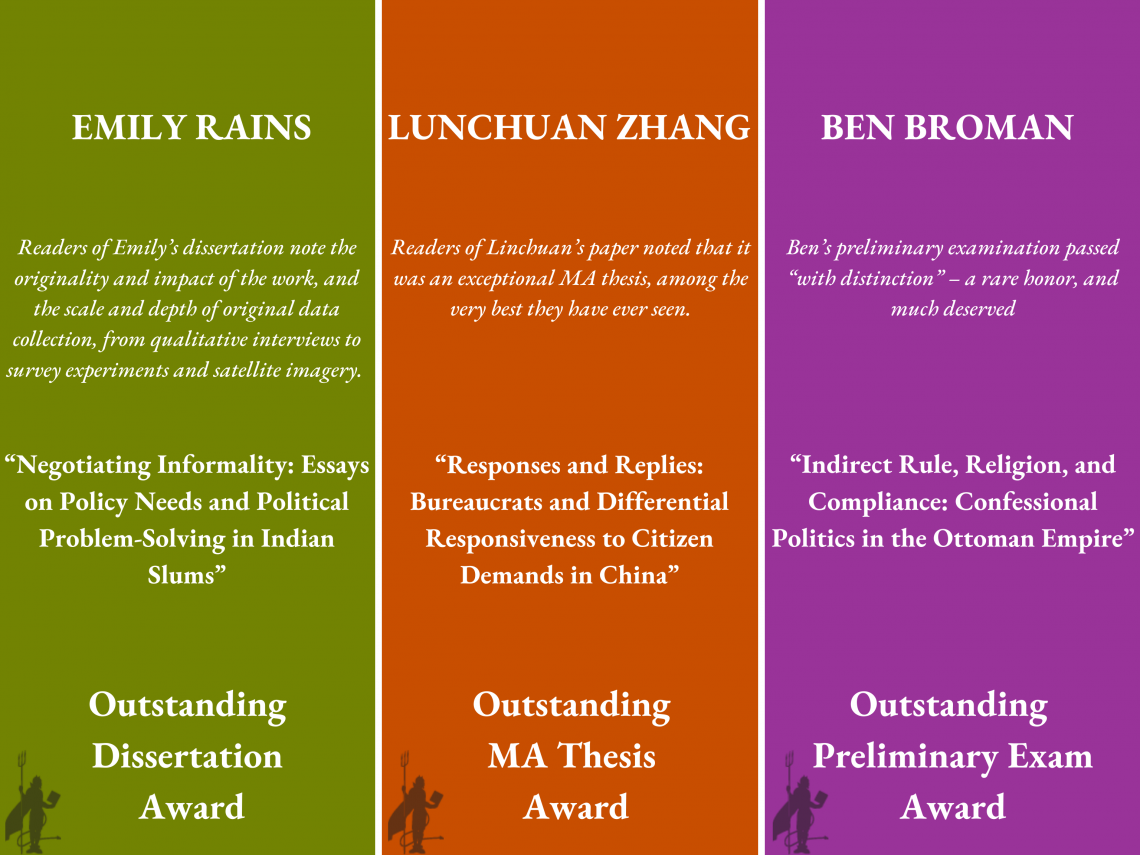 Abstract: The world’s urban population is projected to increase by more than two billion people over the next three decades, with nearly all of this growth expected in resource-poor cities in the Global South. These demographic trends will substantially challenge governments’ ability to provide basic services in cities where the majority of residents already lack access to necessities like water, sanitation, and durable shelter. Ensuring the urban poor can access shelter and basic services will increasingly pose formidable obstacles to sustainable development. Most urban population growth is expected to accrue to “slums” — neighborhoods that lack access to secure property rights and basic services. Existing evidence suggests that, to mitigate vulnerabilities associated with poverty and informality, slum residents draw on a set of informal political strategies to negotiate with the state for material improvements. Yet, residents of different slums vary considerably in how they engage politically, and it is crucial to understand differences in political behavior within and across slums in order to understand distributive outcomes in the Global South’s cities. This dissertation seeks to advance an understanding of the antecedents of political behavior in Indian slums. In three complementary essays, I develop and test hypotheses to explain differences in problem-solving behavior across settlements. To test the expectations delineated in each chapter, I draw on original surveys of more than 9,000 slum households from three cities. These neighborhoods span a wide range of conditions, allowing me to speak to the substantial variation within and across neighborhoods; moreover, these data providing some of the most comprehensive evidence on Indian slums currently available to researchers. In the first essay, I draw on qualitative interviews to propose a framework linking neighborhood characteristics to collective and individual-level mobilization patterns. I empirically test my expectations with the original survey data. I find support for my expectations that collective mobilization is concave (first increases and then decreases) with the neighborhood’s level of access to government resources and that collective mobilization simultaneously increases with the strength of the informal networks present in a neighborhood. In the second essay, I propose a framework to explain differences in problem-solving strategies by gender. I argue the gender gap in participation varies by type of activity, and that women’s participation in the informal economy can reduce this gender gap for certain types of activities. I draw on qualitative interviews to bolster the framework and support for the mechanisms and empirically test my expectations with household survey data. In the third essay, coauthored with Jeremy Spater, we argue the structure (rather than the level) of local economic inequality affects collective mobilization potential in Indian slums. The empirical evidence presented from the household survey data is consistent with our expectations. The frameworks and evidence presented in each essay help advance an understanding of the range of living conditions within and across slums as well as how people organize to solve everyday problems in these neighborhoods. These findings help fill gaps in evidence, which is needed to inform appropriately nuanced policies aimed at improving the quality of life for those living in slums.

Abstract: States often rely on traditional, religious, or local elites to implement policy and enhance their legitimacy. In return, these elites receive power or benefits from the state. A key tension in this relationship is the elite’s need to satisfy the state’s goals while maintaining authority among the population. What is the effect of the state’s unpopularity among the population on the outcome of this bargain? I construct a model where citizens receive a benefit if they follow a signal sent by the elite to either comply with or resist the state. The model reveals a non-monotonicity of elite bargaining power with respect to preference divergence: it is increasing for low levels of divergence and falls discontinuously once preference divergence passes a threshold. The location of this threshold is determined by the the elite’s independent authority among the population. I apply the model to a classic example of religious indirect rule in the Ottoman Empire and test the probability that an important Orthodox religious leader, who had significant administrative responsibilities regarding taxation and law and order, was replaced as a function of Ottoman military activities that provided a shock to ethnic and religious tensions. Hypotheses derived by my theory yield insignificant results.