Getting China Right: a global conference at Duke 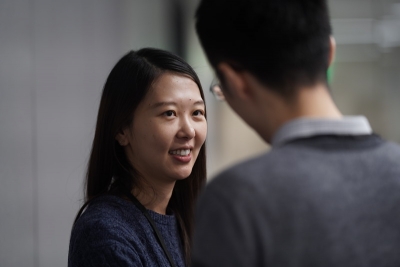 What does it mean to get China right? On December 6-7, more than 50 professors of Chinese politics from nearly 40 institutions convened at Duke University to consider this question.

As China has grown in power and stature as the second largest economy in the world, a dominant trading partner, and a world power, its interests have also grown global. Many issues of Chinese domestic politics are now also truly issues of global politics. In today’s politically charged atmosphere, the need for rigorous, objective, and engaged scholarship is more critical than ever.

The Getting China Right: China in the World conference brought together professors across generations and a broad spectrum of substantive expertise in Chinese politics to forge a connection between scholars of domestic politics and international relations. Such a dialogue occurs rarely, but negative and dangerous responses to China’s growing global role require the two communities to better understand strengths and weaknesses in collective knowledge. The conference endeavored to connect scholarly knowledge about Chinese politics with the public discourse and public policy, so as to develop the appropriate expertise and capacity to bring evidence and perspective to bear on important questions about China and its role as a new global power.

On December 7, scholars formed small groups based on expertise, and discussed China’s growing global role in five areas: the implications of public opinion in China for global engagement, the impact of China’s domestic politics on foreign policy, China’s appeal as a development model, Beijing’s increasing export of political control, and the international implications of China’s domestic political economy. The conference concluded with remarks from Dr. Andrew J. Nathan, Class of 1919 Professor of Political Science at Columbia University, on current U.S. policy towards China and how scholars can amplify their voices in policy conversations.

The Getting China Right conference was a product of a 2016 meeting at Duke University of five scholars who continue their collaboration through the co-organization of this conference. It follows a 2017 workshop at Harvard University and a 2018 conference at Stanford University, each of which brought together scholars who actively conduct research on Chinese politics and train graduate students in political science.

More information can be found at the conference website. Please check back in January 2020 for more detailed summaries of the small group sessions, as well as interviews with select scholars conducted by Duke PhD students.

Generous support was provided by the Henry Luce Foundation and the sponsors below at Duke University who made this conference possible.