In the 87 years since it was founded, the Department of Political Science at Duke has grown from a tiny operation offering a handful of courses taught by a single professor to an internationally recognized institution known both for its world class instruction and innovative research. From the outset, the department has evolved in tandem with the salient strategy of the university, namely, to extend learning beyond the borders of school, state, and country to embrace a vision that is truly international in its outlook and reach.

Initially part of Trinity College’s Department of Economics and Social Science, the department attained its footing and became a separate entity under the stewardship of William Henry Glasson, a methodical, unprepossessing native of Troy, New York, who arrived at Trinity with a Columbia Ph. D in 1902 to serve as professor of political economy. During his first year, Glasson taught 63 students and had nine teaching hours per week. Although he’d been told to emphasize economics, there was an expectation that he would teach about sociology and social problems, and this was where he found himself most engaged. It became his focus. In 1908, when Glasson became head of the joint department, two courses were added to the curriculum, including “Principles of Political Science.”

In the beginning, Professor Glasson was the department itself. By 1924, when Trinity became an undergraduate school of Duke, almost half of the 13 courses offered by the joint department were in political science, the others were offered under the heading “Economics and Business Administration.”

In 1926, Glasson was appointed dean of the newly formed Graduate School of Arts and Sciences. His handpicked successor, Robert Wilson, was a courtly, Harvard-trained Texan who’d joined the department in 1925 and had made himself invaluable in the recruitment of new talent. Wilson’s first appointment was Robert S. Rankin, a Princeton Ph. D. with expertise in American state and local government who joined the faculty in 1927. Rankin was active politically and felt a deep attachment to Duke. Upon attaining a full professorship in political science, he wrote to his mentor at Princeton that he and Wilson aimed to create “one of the best Political Science Departments in the South.”

It was Wilson who officially alerted Duke that the department of political science would be an independent entity. His letter dated June 25, 1934, notified the university that the newly created department would forthwith be educating students under its own aegis, and also included a request for “a steel filing case” in which to store correspondence and departmental papers.

Wilson may have attended to the small details, but his eye was on the frontier. He was determined to expand far beyond the current course offerings, which in 1935 were restricted to public or international law, American state and local government, and comparative government. Two years later, having secured the university’s approval, Wilson brought in Paul M.A. Linebarger, an East Asia scholar. Other significant appointments followed. At the dawn of the Second World War, the department had acquired a pronounced Harvard/Princeton flavor by way of Texas, and experienced sustained growth. New hires included scholars with specialization in public administration, Latin American governments, and political theory.

In subsequent decades, the department’s evolution has mirrored that of the university. Peter Lange, a scholar of European politics who made internationalization a focus as Chair of the department, transferred that focus to the university’s long-term strategic plan when he was appointed provost in 1999. The founders of the department were determined that it be a dynamic mix of academic rigor and innovation.

The vibrant intellectual community that has developed around the department is one reason political science has become such a popular choice among undergraduates. The increasing politicization of daily life means that the department consistently attracts students who are curious about the world and eager to make a difference in it. 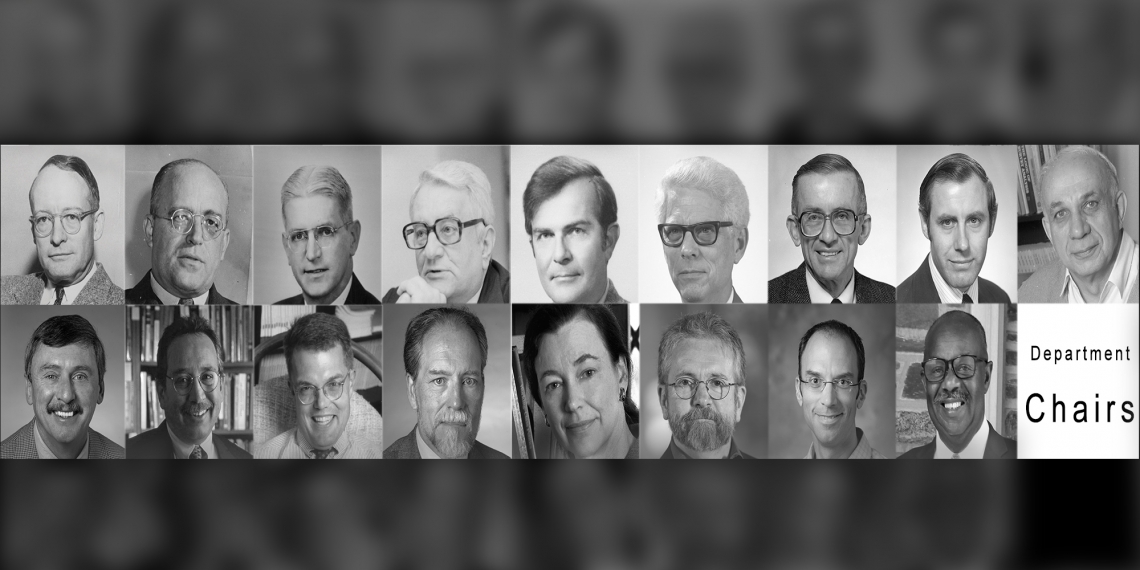