Jesse Lopez is set up for more than survival: from grad student to game show contestant 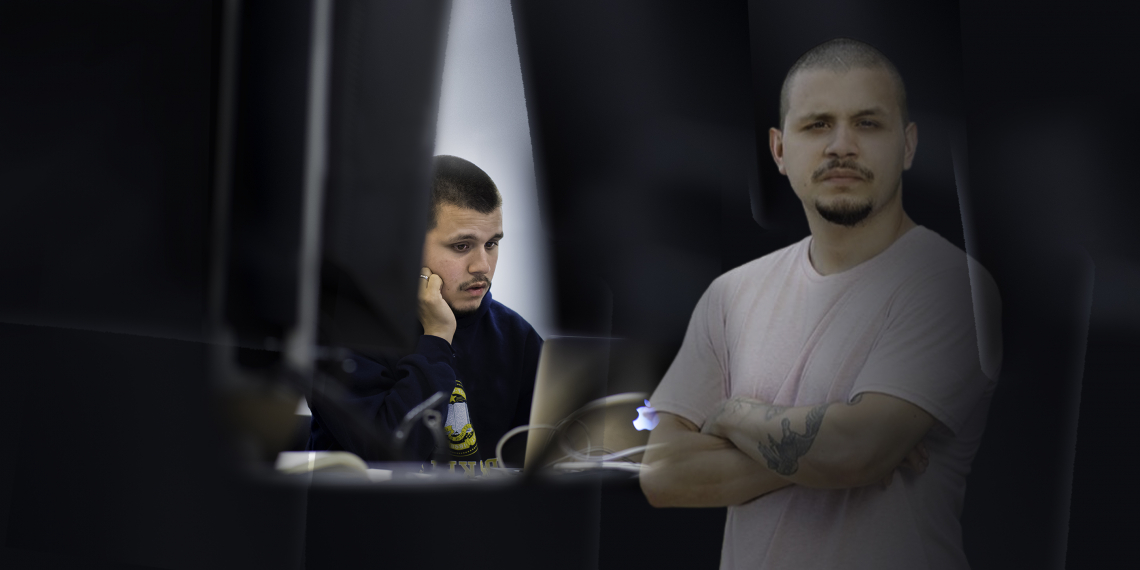 Every hour of his morning was planned out for him, it was all but scripted.  Jesse Lopez just needed to show up.  He was a junior from UC Berkeley and visiting Duke as part of the Ralph Bunch Summer Institute program in June 2015.  This day was orchestrated to bring together traveling recruiters from prestigious graduate programs alongside students, like Jesse, who were exploring their suitability for graduate level work in political science.  The atmosphere of an academic recruitment fair is unusual. It is a carousel of elevator pitches, first impressions and unspoken rejections. After a morning of repetitive, high gloss expressions of ambitions and achievement with recruiters, Jesse walked into a quiet classroom for one last interview for the day.

“What does this program mean for your career aspirations?”

“I really appreciate the program. I dropped out of high school.”

This was the first unplanned moment of his day but it was the point at which he began to shed stigmas from his past. It was unguarded and more transparent than before. He chose Duke as his graduate program and coauthored scholarship along the way.  His research questions explore the social and psychological motives underlying political beliefs and behavior, as well as how citizens reveal or hide their beliefs on surveys.

Many survey methodologists focus on the ways that surveys try to achieve degrees of accuracy. Jesse was attracted to two survey problems where respondents may obscure results: when they behave in calculated, intentions ways, and when they respond in biased, influenced ways. Results from a study with Professor Sunshine Hillygus reveal that some survey participants are sabotaging results when they participate in surveys on topics such as fake news and misinformation. Their trolling behavior is creating a measurement error and biasing results toward higher levels of misinformation than is actually held by the participants.

In a separate study conducted with Duke alum, Brian Guay, they cleverly implemented a real-time experiment inside their survey to assess whether receiving a presidential alert might polarize a respondent’s attitudes toward the alert along party lines.

The presidential alert is a sweeping cellphone broadcast message that was created in the spirit of bipartisanship to improve emergency communication in 2018, but in an era of polarization receiving a “presidential” alert could run the risk of triggering bias.

Brian and Jesse timed survey participation with the timing of a test run for the presidential alert in order to evaluate if there was a change in attitudes toward the alert after the sudden and unusual alert was received on everyone’s phones.

While these research projects were being planned, he was looking for a television show to help him decompress and he remembered how much he enjoyed Survivor, then in its 36th season.  “Survivor is all about voting and social politics” Jesse said. He followed the show throughout the remainder of his graduate study. “Basically, I spent 6 years studying how people vote, so this show is everything I’ve studied and everything I’ve researched.” Then, in one grand and unplanned moment, he imagined applying as a contestant and winning the title of “Sole Survivor,” along with the million-dollar prize.

Jesse Lopez is now starring in the 43rd season of the internationally acclaimed show, airing in the fall of 2022 and he continues to shed stigmas from his past.

“I went from being in a gang to being in a Ph.D. program at Duke. I just want to show that you can do anything you want.”

But in order to become the Sole Survivor Jesse must take a close read on his fellow cast members. He will need to be both trustworthy and manipulative. Will his graduate level training be useful? There are very few certainties on this show, “If I see an opportunity out here,” Jesse reflects from Fiji during filming, “if I get lucky out here, I’m going to know how to go all the way with it.” Most of the gameshow hours will be planned out for him, but it will be far from scripted.  He just needs to show up and show the version of himself that needs to be seen.