While all civil wars involve the loss of life, there is very large variation between and within conflicts in how many people are killed. The Syrian civil war, which began in 2011, has resulted in hundreds of thousands of deaths. Civil wars in Ethiopia in the 1980s and early 1990s, Afghanistan, and Sri Lanka have also generated large numbers of battlefield causalities. At the same time, some civil wars, such as peripheral wars in India and Myanmar, while long-lasting, persist at a much lower level of intensity and result in far fewer casualties.

Since at least the end of the Cold War, the international community has devoted substantial attention to trying to resolve internal conflicts. A major motivation is to reduce violence and the suffering resulting from these wars. A growing scholarly literature has developed examining the effect of actions such as peacekeeping and mediation on the termination of civil wars and the duration of peace following ceasefires. Additionally, some work suggests that the UN and other international actors can have a preventative effect, helping to deter the outbreak of civil war or escalation of low-level conflict. 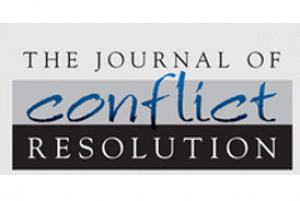 Yet few studies examine the extent to which third-party actors succeed in attenuating violence in ongoing civil wars. This gap is unfortunate, because if reducing violence and suffering is the goal, actions that lead to a reduction in conflict severity without actually resolving conflict in high intensity wars arguably have a bigger impact, in terms of reducing loss-of-life and overall suffering, than resolving a low-intensity conflict.