Jessica Edelson will join the new class of Schwarzman Scholars 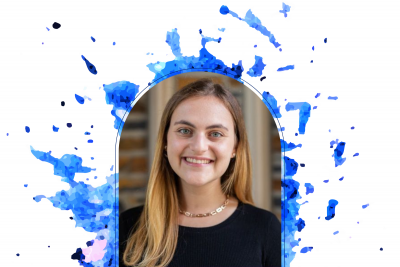 Jessica Edelson joins fellow Duke student Jessie Xu and Wanying He from Duke Kunshan University as recipients of the Schwarzman Scholarship.  They are among 151 scholars that will begin the program in August of 2022.

The scholars develop leadership skills through a funded one-year master’s degree in global affairs, designed to enable future leaders of the 21st century to engage with China.

Students study at Tsinghua University in Beijing and live in Schwarzman College, a specially built state-of-the-art facility designed to promote community.  Classes are taught in English, though all Schwarzman Scholars take instruction in Mandarin.

Over the course of their one year scholarship, students will engage in developing a better understanding of China and its place in international affairs by attending lectures, traveling, cultural immersion, and a “deep dive” into a topic of their choice.

Edelson, a Robertson Scholar from Blue Bell, Pennsylvania, will graduate this May with majors in political science and visual and media studies, and a certificate in information science. At Duke, she was president of Duke Cyber, a student group focused on cybersecurity, geopolitics, and governance, and led the cyber policy team at international competitions. Edeleson

With interests at the intersection of technology and policy, Edelson worked as a civic designer in rural North Carolina, a Nokia fellow, and an intern at the People-Centered Internet. She co-wrote an award-winning technology policy column for the Duke Chronicle, and is an undergraduate representative to the Duke Board of Trustees.

After her Schwarzman term, Edelson aspires to pursue a career in foreign policy and international security, with a focus on cyber and emerging technologies.

With the advising support of professors such as Peter Feaver and Kyle Beardsley, the Department of Political Science continues to help launch Schwarzman Scholars.  Jessica Edelson is the fifth Duke student who majored in political science and became the recipient of a Schwarzman Scholarship.  Emma Campbell-Mohn, who graduated in 2016, was part of the inaugural class. In 2019, Riyanka Ganguly, Amy Kramer, and Aron Rimanyi took the journey to become part of the Scholars program. The department produced a video that highlighted the Schwarzman Scholarship wherein Riyanka, Amy, and Aron reflect on the challenges they face as they work to position themselves in service-oriented leadership roles, and how the immersive study abroad program at Tsinghua University will expand their horizons.