Adam Silver graduated from the Duke Department of Political Science in 1984. He was unanimously elected NBA Commissioner on Feb. 1, 2014, by the NBA Board of Governors.

Silver was appointed to Duke University’s Board of Trustees in 2015 and received the 2016 Distinguished Alumnus Award from the University of Chicago Law School.  He is also a member of the Council on Foreign Relations and serves on the board of the Lustgarten Pancreatic Cancer Foundation.

Silver delivered an address to Duke University Department of Political Science faculty and graduating class on May 10, 2015. He spoke of the relationship between goodwill political ambassadorship and spor 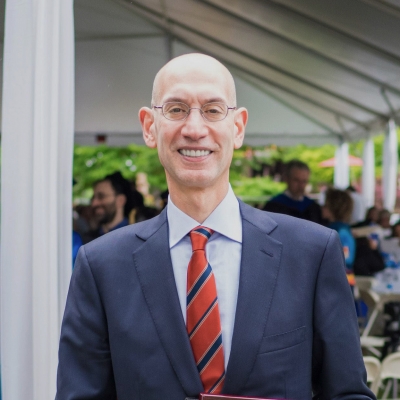