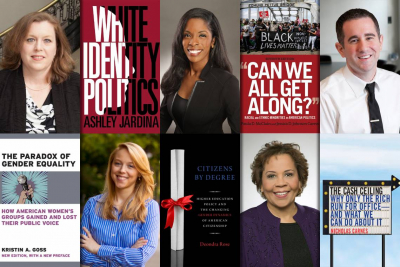 Although election campaigns are at the forefront of our collective consciousness when it comes to politics, what happens between elections really shapes people's lives and their degree of engagement with our political system. We chose five Duke-authored books that showcase the importance of politics and the consequences of policy.

These books along with many others are available at the Duke University Libraries, the Gothic Bookshop or the Regulator Bookshop. 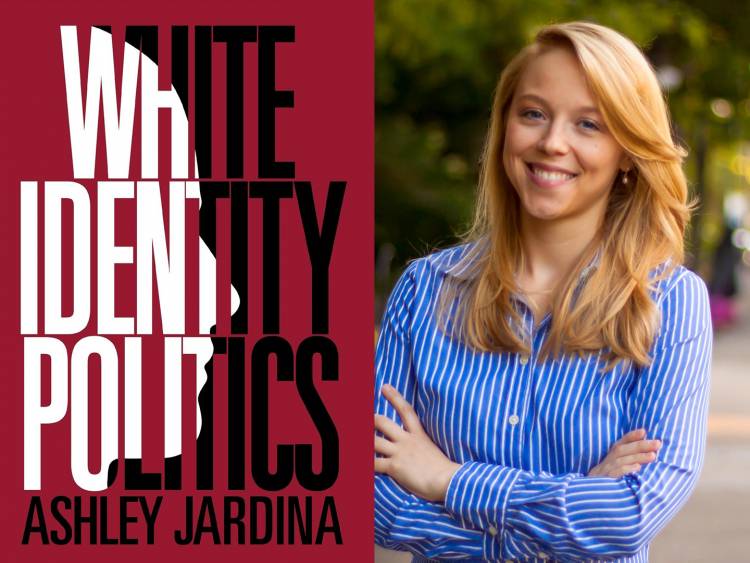 What It's About: Many white Americans now view the political world through a lens of racial identity. In “White Identity Politics,” Professor Ashley Jardina offers analysis of emerging patterns of white identity and collective political behavior. Where past research on white people's racial attitudes emphasized out-group hostility, Jardina brings into focus the significance of in-group identity and favoritism. Her book shows that disaffected white people make up a broad proportion of the American public with profound implications for political behavior and future racial conflict in the United States.

The Paradox of Gender Equality by Kristin Goss 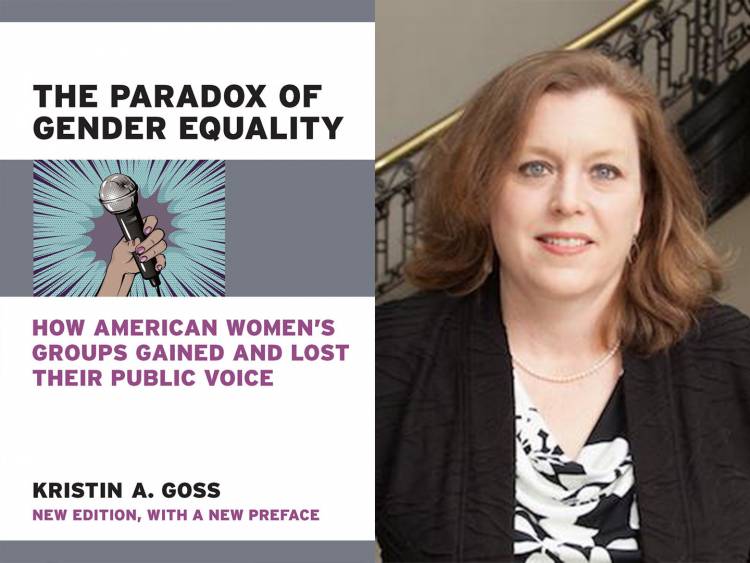 What It's About: In “Paradox of Gender Equity,” Professor Kristin A. Goss examines how women’s civic place has changed over a span of more than 120 years, how public policy has driven these changes, and why these changes matter for women and American democracy. As measured by women’s groups’ appearances before the U.S. Congress, women’s collective political engagement continued to grow between 1920 and 1960—when many conventional accounts claim it declined—and declined after 1980 when it might have been expected to grow. Goss asks what women have gained, and perhaps lost, through expanded incorporation as well as whether single-sex organizations continue to matter in 21st-century America.

Citizens by Degree by Deondra Rose 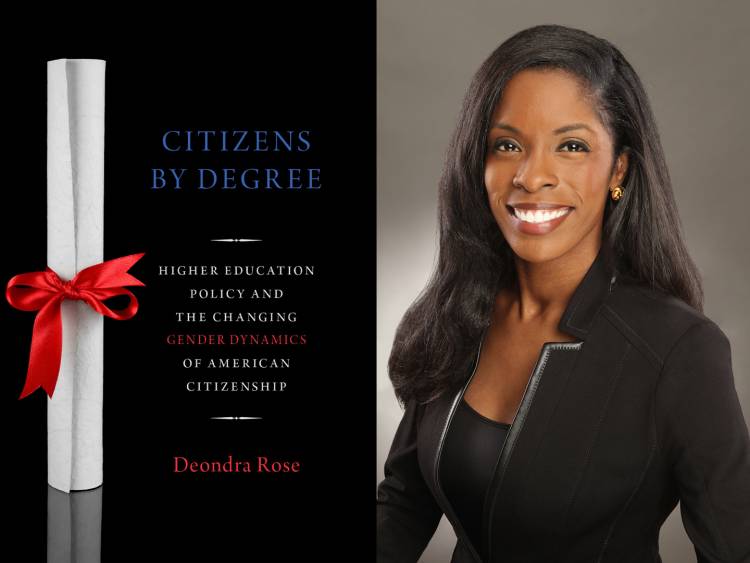 What It's About: By examining the development and impact of the National Defense Education Act of 1958, the Higher Education Act of 1965, and Title IX of the 1972 National Defense Education Act, Professor Deondra Rose argues that higher education policies represent a crucial – though largely overlooked – factor shaping the progress women have made since the 1960s. By significantly expanding women's access to college, these policies helped to pave the way for women to surpass men as the recipients of bachelor's degrees, while also empowering women to become more economically independent, socially integrated, and politically engaged members of the American citizenry.

The Cash Ceiling by Nicholas Carnes 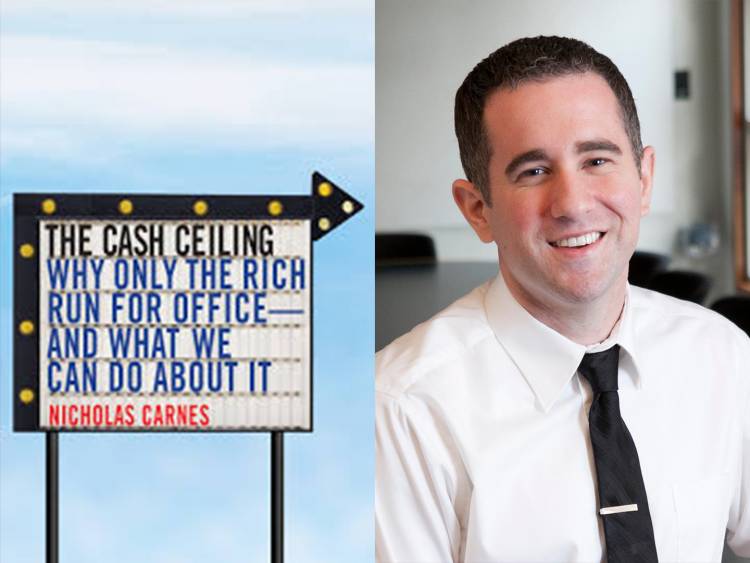 What It's About: “The Cash Ceiling” by Professor Nicholas Carnes provides an account of why so few working-class people hold office – and what can be done about it. Who runs for office goes to the heart of whether we will have a democracy that is representative or not. Carnes’ book shows that the best hope for combatting the oversized political influence of the wealthy might simply be to help more working-class Americans become politicians.

"Can We All Get Along?" by Paula McClain 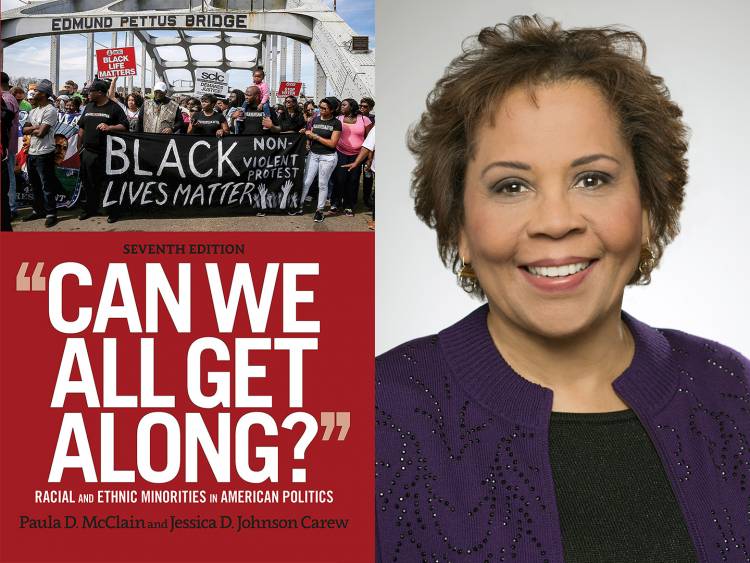 What It's About: In a nation built by immigrants and plagued by a history of slavery and discrimination, how do we as Americans reconcile a commitment to equality and freedom with persistent inequality and discrimination? With coauthor Jessica D. Johnson Carew, Professor Paula D. McClain provides an overview of the historical and contemporary political experiences of the major groups in the United States. “Can We All Get Along?” explores the similarities and differences in these groups’ representation and participation in law, politics, and policymaking, discusses the enduring issues and concerns that they face, and examines intra- and inter-group competition and coalition-building in the face of enduring conflict and inequality.