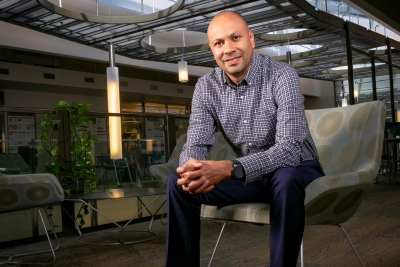 "At first blush," Ismail White writes, "black voters appear to be an almost monolithically Democratic bloc." But in his newest co-authored book, Steadfast Democrats, offers innovative explanations for black political behavior.  Dr. White, and his co-author Chryl Laird, draw close ties between the historical experience of slavery and segregation, and contemporary political socialization.  "Black voters are uniquely influenced by the social expectations of other black Americans to prioritize the group’s ongoing struggle for freedom and equality."

But, White and Laird note findings that a large minority of black Democrats self-identify as either moderates or conservative. Part of the explanation for the development of this diversity has occurred through the past 50 years.  "For example, since the 1960’s there has been significant growth in both the black middle and upper classes and perhaps even more interesting, substantial diversification of black political views. Since the 1960’s blacks have become increasingly more moderate and even conservative on a number of important political issues including certain racial policies."

Despite this viewpoint diversity, black voting behavior is particularly strategic and described in the book as, "racialized social constraint." Racialized social contraint is a process of norm compliance reinforced by in-group informational cues.  "This decision to ensure collective action action for the larger group interest is an effective strategy for leveraging political power, especially in a two-party system.  A divided group minimizes the likelihood of responsiveness by either party, but as a partisan voting bloc, blacks are positioned to push their issues onto the party agenda."